Enter your travel details to see prices and availability 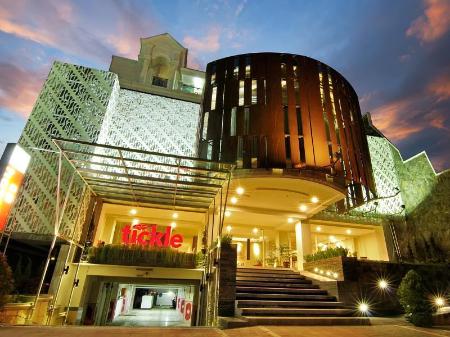 See all
Tickle Hotel
Kota Baru,Kota Baru - View on map
"I was thinking that the hotel would be regular backpacker hotel which lack of this and that. But once I came, I was honestly surprised. The pictures shown in Agoda are the same as reality. That's one good point as I usually get disappointed by some hotel pictures in Agoda. I am also lucky enough to have window as some rooms are having none. The check in and check out are fast. They didn't even check my ID. (Weird.) They also give me double bed as I requested. The room is big, and even the bathroom. I've been to more expensive hotel, 4 or 5 stars, but they didn't have room as big as this one. Talk about location, there's a public bus station near the hotel, and cinema is just 2 minutes walk from the hotel. Airport? Just a straight line from eastern Solo Road, directly to hotel. Malioboro? Another easy access. Go straight to the west, turn to the left, and tadaaa you're in Malioboro."
Show more
7.2

Discover the neighborhoods of Kota Baru

Find the Perfect Type of Accommodation